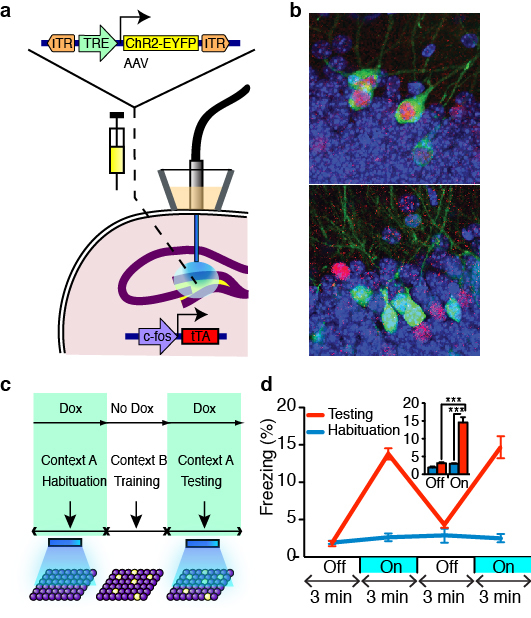 The memory engram theory proposes that a specific memory is encoded and stored in a specific population of neurons. In order to test this idea directly, one needs to show that the activation of such population of neurons can cause the recall of that specific memory. Combining optogenetics and activity-dependent labeling, we demonstrated that a sparse group of neurons in the dentate gyrus of the hippocampus that were active during fear conditioning was sufficient to cause freezing behavior when artificially activated by laser stimulation. This provides the most direct evidence for the cellular basis of the memory engram theory. 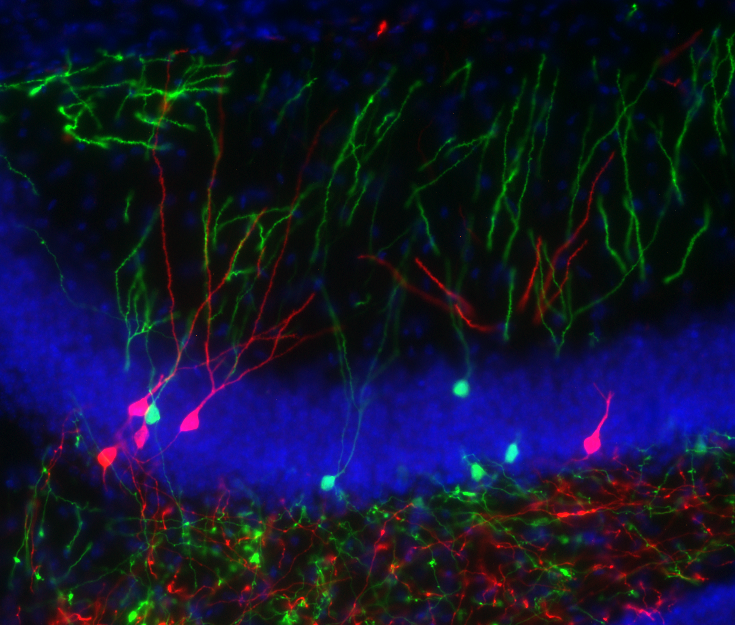 Previous theoretical and experimental studies suggested that dentate gyrus granule cells (DG GCs) are subserved for the pattern separation; the ability to distinguish between similar events. DG is one of sites in brain where new neurons are continuously generated throughout adult life. With a new mutant mouse strain in which synaptic transmission from old GCs is specifically blocked, we found young adult-born GCs plays a crucial role in pattern separation whereas old GCs is required for rapid pattern completion; the ability to recall a memory from partial information. Thus, our data suggest that adult-born GCs shift their function from pattern separation to pattern completion, as they age.

Episodic memory is the memory of events from our daily life. According to Endel Tulving, a main component of episodic memory is the process of mental time travel from the present to the past through our own previous experiences. By binding events across spaces and time, we can retrieve detailed information pertaining to specific events in a timely manner. Recent studies with animals and humans suggested that the hippocampus, particularly area CA1, play a crucial role in bridging mnemonic representations across temporal gaps. CA1 receives emerging inputs from two pathways, from CA3 through the tri-synaptic pathway and from the entorhinal cortex (EC) layer III through the mono-synaptic pathway. To dissect the contribution of these inputs to a temporal association during episodic memory formation, a sophisticated genetic approach was employed. We generated a triple transgenic mouse line in which inputs from EC layer III can be blocked in an inducible and reversible manner. When these inputs were blocked, the mutant mice displayed significant impairments in spatial and non-spatial episodic memory tasks. Our findings indicate the interaction between the hippocampus and the cortex is crucial for associating of temporally discontiguous events to form episodic memory.

Combining glutamate uncaging techniques with two-photon imaging, we demonstrated that a synapse that received a weak stimulation, the kind that would normally accompany a short-term memory, will express a correlate of a long-term memory if two synapses on a single dendritic branch are involved in a similar timescale. Our finding explains why seemingly irrelevant information, like the color of the shirt of an important person, is remembered as vividly as more significant information, such as the person’s impressive remarks, when one recalls an episode of meeting said person. 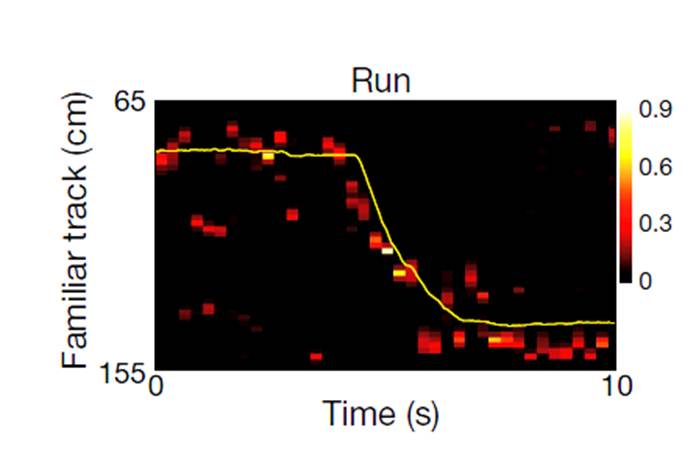 Previous work has shown that when a mouse or rat explores a new space, neurons in their hippocampi fire sequentially, which are called “place cells.” Interestingly, these sequences of place-cell firing are repeated during subsequent slow-wave sleep or resting periods. This phenomenon, termed “replay,” has been found only after animals fall asleep or take a rest after they experience the space, and has been thought to contribute to a consolidation of the memory of the space the animals experienced. However, we have recently demonstrated that some of the sequences of place cells that fired during a novel spatial experience had already occurred while the animals rested before the experience (called “preplay”). These findings explain the phenomenon through which prior knowledge influences our decisions when we encounter a new situation. 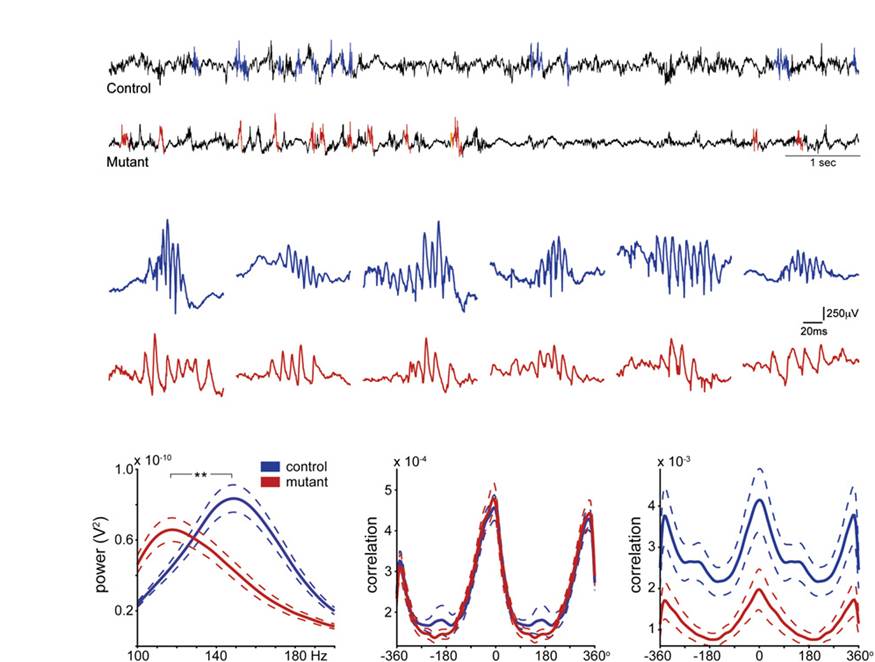 It has been shown by others that after a rat run in a familiar track activating place cells along the trajectory and rest or fall into a slow-wave sleep at the ends of the track, the place cell sequence is “replayed” in association with the high frequency, synchronized changes of field potentials called sharp wave-ripples. It had been hypothesized that this replay phenomenon contributes to the systems consolidation of memory, but no experimental evidence was available. Considering the theory that the synchronized burst activities in CA3 is a likely driver for the sharp wave-ripples in CA1, we hypothesized that the sharp wave-ripples would be impaired in our CA3-TeTX mice, and that consequently the replay could also be abnormal or deficient in these animals. This series of logical conjecture provided us with an opportunity to test the hypothesis that replay is crucial for memory consolidation. Indeed, we found that the ripples were abnormal (though not absent) in the CA3-TeTX mice under the Schaffer collateral blocked conditions, and an indicator of replay (called the temporally coordinated reactivation of pairs of neurons) was also abnormal. Correspondingly, memory consolidation but not memory recall was specifically abnormal under these conditions. These data support the concept that post-experience replay of place cell sequences contributes to the systems consolidation of hippocampal memory. 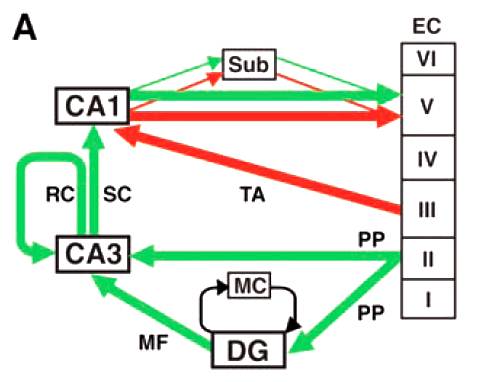 Combining the Cre-loxP system, the tetracycline transactivator (tTA) system and the tetnus toxin, all as transgenes, we created a novel multi-transgenic system that allows a temporally controllable blockade of a neurotransmitter release from a specific type of presynaptic cells. Applying this method (dubbed the DICE-K Method) to the axonal terminals of CA3 pyramidal cells, we generated a transgenic mouse strain in which the trisynaptic pathway of the hippocampus is blockable at the CA3àCA1 pathway, while the direct monosynaptic pathway from the entorhinal cortex (EC) layer III to CA1 is kept intact. Contrary to studies in the literature that used significantly less specific lesion methods, our mice (CA3-TeTX) exhibited no abnormality in the spatial reference memory (i.e., Morris watermaze) while they were defective in one trial fear-conditioning involving a novel (but not familiar) context. Correspondingly, the CA1 place cell tuning of the mutant mice was poor in a novel space. These results indicated that while the trisynaptic pathway is dispensable and the monosynaptic pathway is sufficient for a multi-trial spatial reference memory, the trisynaptic pathway is important and the monosynaptic pathway is insufficient for the normal acquisition of a fast, one-trial memory. 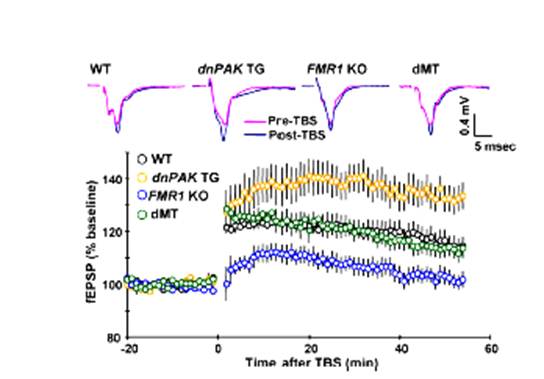 Fragile X syndrome (FXS), the most commonly inherited form of mental retardation and autism, is caused by transcriptional silencing of the fragile X mental retardation 1 (FMR1) gene and consequent loss of the fragile X mental retardation protein. Despite growing evidence suggesting a role of specific receptors and biochemical pathways in FXS pathogenesis, an effective therapeutic method has not been developed. We found that abnormalities in FMR1 knockout (KO) mice, an animal model of FXS, are ameliorated, at least partially, at both cellular, electrophysiological and behavioral levels, by an inhibition of the catalytic activity of p21-activated kinase (PAK), a kinase known to play a critical role in actin polymerization and dendritic spine morphogenesis. Overall, our results demonstrate the genetic rescue of phenotypes in a FXS mouse model and suggest that the PAK signaling pathway, including the catalytic activity of PAK, is a novel intervention site for the development of FXS and autism therapy. As Dr. Eric Klann says, these findings are particularly intriguing because the expression of the gene that inhibits PAK occurs in the third week after birth, which means that the neuronal abnormalities in the fragile X mouse are reversed after they appear—suggesting that PAK inhibitors could be used for therapeutic purposes to reverse already established mental impairments in fragile X children. 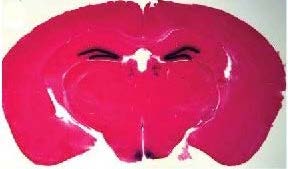 We depend on the hippocampus to rapidly distinguish similar episodes and form a distinct memory for each. This ability, called pattern separation, is crucial for intelligent behavior. Using the Cre-loxP system, we generated a new NMDA receptor knockout mouse strain in which the knockout is restricted to the postnatal granule cells in the dentate gyrus of the hippocampus. These mice were defective in the perforant path DG LTP, in the rate-remapping of CA3 pyramidal cells during the animal’s transfer between two similar but distinct chambers set in the same room and in discriminating two similar but distinct cages in the fear-conditioning paradigm. Thus, the NMDA receptor-dependent synaptic plasticity in dentate gyrus plays a crucial role in pattern separation of episodic memories.

The molecular mechanisms of translational regulation by the erk signaling pathway

Combining the forebrain-restricted transgenic mouse strain with a dominant negative form of a serine/threonine protein kinase, CaM Kinase IV, with behavioral and biochemical studies, we demonstrated that this kinase is important for the hippocampal memory and protein synthesis-dependent form of LTP (called L-LTP) thought to be a physiological correlate of memory consolidation in the hippocampus. 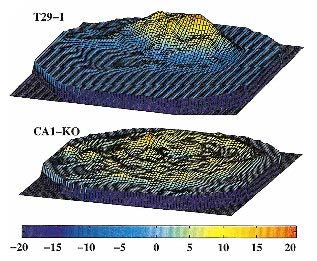 Using a forebrain-restricted knockout mouse of calcineurin, we showed this key phosphatase in neurons plays a crucial role in bidirectional (i.e., LTP vs. LTD) synaptic plasticity in CA1 pyramidal cells and in working/episodic memory. This conditional knockout mouse provided an animal model of schizophrenia and the knowledge obtained by its analysis is providing a new drug target for this debilitating psychiatric disease. 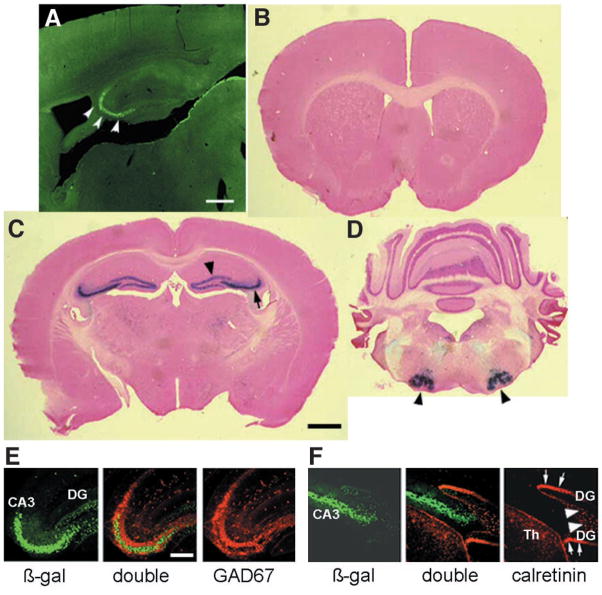 The full content of the memory of an episode for which the hippocampus plays a crucial role is usually recalled using, as the recall cue, only a fraction of the rich memory information originally stored—a phenomenon called pattern completion. Using the mouse mutant strain in which the NMDA receptor gene, NR1, is deleted only in postnatal CA3 pyramidal cells, we demonstrated that the synaptic plasticity, most probably at the recurrent CA3 circuit, plays a crucial role in pattern completion. 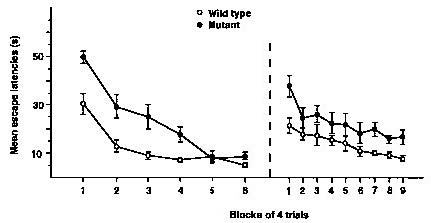 The first introduction of the Cre-loxP system-based spatial restriction of gene knockout into neuroscience and a demonstration that the NMDA receptors in CA1 pyramidal cells are important for spatial learning, CA1 LTP and CA1 place cells. 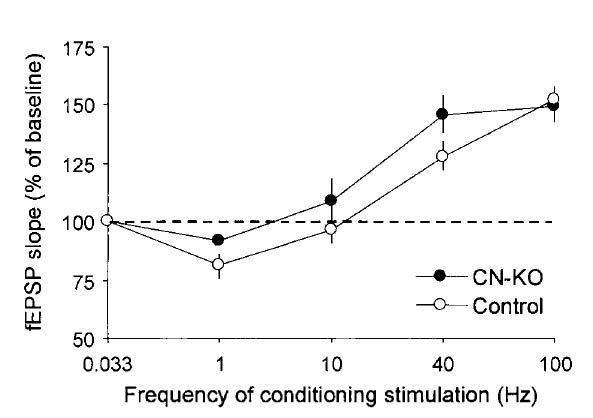 The first introduction of gene knockout technology to mammalian neuroscience and a demonstration that αCaM kinase II in hippocampal CA1 pyramidal cells is important for both LTP at the Schaffer collateral-CA1 synapses and hippocampal dependent acquisition of spatial and contextual fear memories.